﻿ ﻿ INFRASTRUCTURE OF BİLSEMS IS REINFORCED ﻿ ﻿

INFRASTRUCTURE OF BİLSEMS IS REINFORCED

Minister Özer attended the promotion and inauguration ceremony of workshops founded within the context of "Infrastructural Reinforcement of BİLSEMs Project".
﻿ 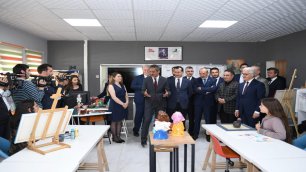 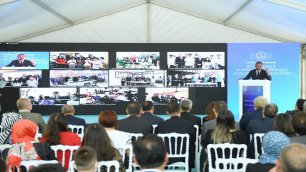 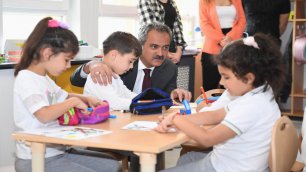 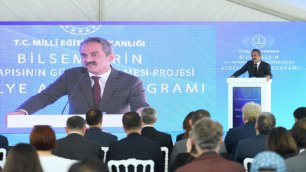 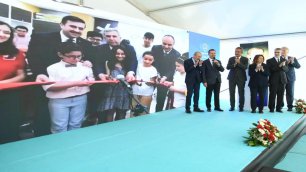 Minister of National Education Mahmut Özer said during his speech at the ceremony that barriers in front of democratization of education and access to education were lifted in the last 20 years and the schooling rate of female students exceeded the male students for the first time in the history of education.
Noting the importance of human resources in the development of our country, Özer stated that the Ministry continues to support special talented children at BİLSEMs.
Özer said that the Ministry set three goals about these centers and first of these goals is to provide easy access.
"We have decided to establish 350 BİLSEMs in 2022 and we have reached our goal in the first four months of this year. Secondly, we have founded libraries in each and every BİLSEM. Now we are aiming at increasing the number of books in school libraries from 60 million to 100 million. Our third goal was to raise awareness about intellectual and industrial property rights," stated Özer.
The Ministry cooperated with the Turkish Patent and Brand Institution for organizing training programs for BİLSEM administrators, teachers and students about intellectual rights. In 2021, 225 BİLSEMs applied to get the registration of 2,657 products and they have achieved 13 patents, 39 useful models, 8 brands and 1,245 designs.
Summer school will be opened for all students at BİLSEMs
Minister Özer noted that BİLSEMs are supporting special talented children to develop their skills during the school year and the Ministry has decided to open these centers as summer school for all students.
BİLSEMs will provide science and arts classes for students from all levels of education during the summer.

Second report concerning education policies implemented in line with the advisory decisions taken during the National Education Council is [...]

The Ministry of National Education, Ministry of Family and Social Services and Ministry of Interior Affairs signed a Cooperation Protocol [...]

603,864 APPLICATIONS HAVE BEEN MADE TO THE TEACHING CAREER STEPS TRAINING PROGRAMS

Minister of National Education Mahmut Özer announced that 603,864 applications have been made to the Teaching Career Steps Training [...]

Minister of National Education Mahmut Özer attended the ceremony held on the occasion of sending the first export truck as a part of the [...]

President Recep Tayyip Erdoğan and Minister of National Education Mahmut Özer attended the ceremony organized on the occasion of the end [...]