Minister of National Education Mahmut Özer shared the grand transformation in education achieved in Türkiye in the last twenty years at the Plenary meeting held on the second day of the OECD Education Ministers' Meeting in Paris.
﻿ 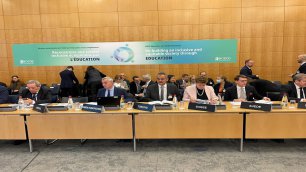 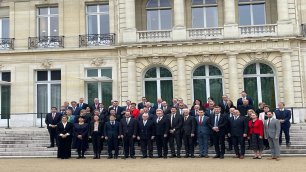 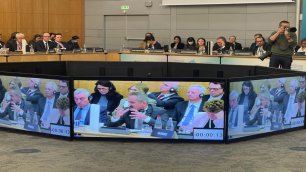 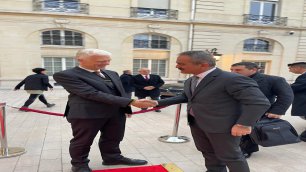 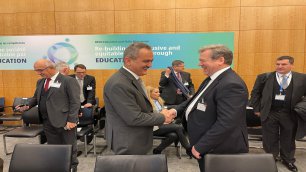 Minister of National Education Özer attended the plenary opening of the General Assembly on the second day of the OECD Education Ministers' Meeting in Paris.
Minister Özer said that during the session participated by the education ministers of the OECD countries that the schooling rate of five year old children was 11 percent and schooling rate in high school education was 44 percent in the beginning of 2000s.
"Our governments made important investments in order to increase equal opportunity and inclusion in education in the last twenty years but most important of all, we focused on social policies. We have been consistently carrying out conditional education aid for socioeconomically disadvantaged students for the last twenty years. We have been distributing free text books and all lesson materials to all students in all levels of education in the last twenty years. We provide free transportation to students so that they can enroll in any school they prefer. Our Ministry also offers scholarship programs for students who need support," stated Özer.
Özer said that the Ministry has been taking steps in order to increase equal opportunity in education such as distribution of free meals to approximately 2 million students and added that "We have been consistently implementing social policy about providing free dormitories for all students for the last twenty years."
Özer stressed that the schooling rate of five year old children increased from 11 percent to 99 percent and the schooling rate in secondary education increased from 44 percent to 95 percent in the last twenty years adding that, "Winners of this process were the disadvantaged families and female students. For the first time in Türkiye, the schooling rate of female students exceeded the schooling rate of male students."
Özer noted that his Ministry focused on two points while making policies about decreasing success differences between schools and increasing equal opportunity in education and went on to say that: "First of all, we carried out an important campaign in an effort to increase accessibility to preschool education. As a result, we have inaugurated 5 thousand and 541 new kindergartens within a year. A year ago, there were only 2,782 kindergartens in the country."
He said, "As a result, the schooling rate of three year old children increased from 9 percent to 16 percent; schooling rate of four year old children increased from 16 percent to 37 percent and schooling rate of five year old children reached from 65 percent to 99 percent within a year. We made investments by considering the fact that the source of inequality in education is based on preschool education. Secondly, we carried out campaigns in order to increase education options for disadvantaged students, enrich physical opportunities at schools and support families with additional training programs. We had the opportunity to build a more equitable education system."

Minister of National Education Mahmut Özer and MEB unit chiefs convened to start the work on the issues, discussed during the visit to the [...]

Minister of National Education Mahmut Özer met with the Parliamentary Speaker of TRNC Zorlu Töre as part of his official visit in the [...]

Minister of National Education Mahmut Özer, who went to the Turkish Republic of Northern Cyprus to make official contacts, met with the [...]