Minister of National Education Mahmut Özer, got  together with students in the İstanbul Aviation, Space and Technology Festival TEKNOFEST'21 organized at the the Atatürk Airport."
﻿ 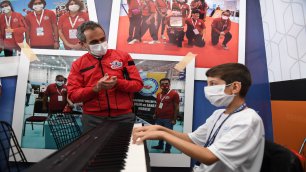 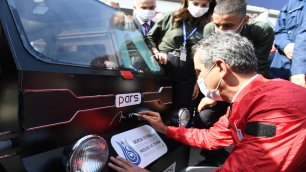 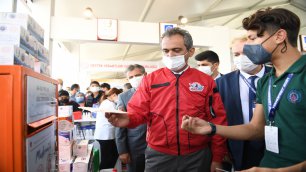 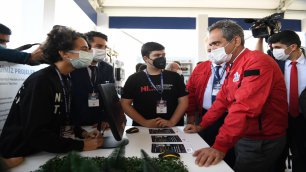 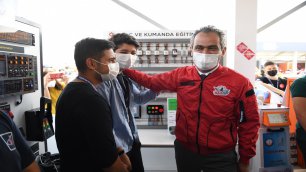 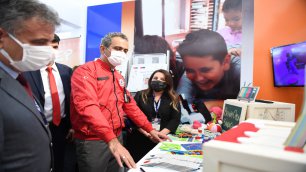 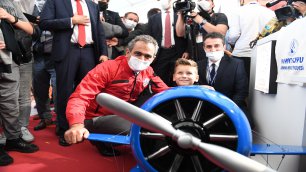 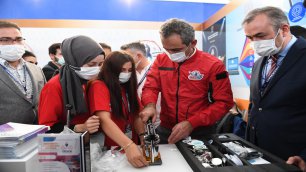 TEKNOFEST, which began on August 31 with contests, continues.

Turkey's first Aviation, Space and Technology Festival opened its doors to visitors for the fourth time at the İstanbul Atatürk Airport.

The Ministry of National Education attended the festival with a-800 person team including students, teachers and ministry staff.

Directorates of General of Support Services, Innovation and Education Technologies, Special Education and Guidance Services, Religious Education, Life-long Learning, Secondary and Basic Education have been carrying out TEKNOFEST activities on behalf of the Ministry under the coordination of Directorate General for Vocational and Technical Education.

Minister of National Education Mahmut Özer got together with students who have been enjoying the excitement of the festival. Minister Özer visited stands, chatted with students and received information about the contests and projects. Noting that the Ministry took an active role in the festival with 800 participants from 8 directorates general, Özer thanked all who contributed to the process.

Minister Özer stressed that TEKNOFEST is very important for students and their adaptation to different points of views and went on to say that:

There are 24 contestants in the automated vehicle category of TEKNOFEST. Borsa İstanbul Başakşehir Vocational and Technical Anatolian High School competed in the high school level with "driverless", "remote controlled" and "with driver" vehicle projects.

Products such as masks, disinfectants, colognes produced by vocational high schools as well as their mechanical ventilators and mask machines were on display at the festival.

Directorate General for Secondary Education is introducing visual materials broadcasted in the EBA high school channel during the distance education and skill based activity books in its stand as well as ogmmateryal.eba.gov.tr portal.

Productions of public training centers and advanced technical schools for girls affiliated to the Directorate of General for Life-long Learning are also on display.

The Ministry of National Education continues to establish libraries built from recycled materials as a part of recycling and zero-waste [...]

"Vocational High School Students Meet Families" project which was initiated in 2017 and continued in 2022 with revisions help vocational [...]

Directorate General for Dormitories and Scholarship Programs affiliated to the Ministry of National Education has prepared Dormitory [...]

Minister of National Education Mahmut Özer announced that his Ministry will introduce a new concept under the name of "village public [...]

Upon the decision taken during the 6th Meeting of Education Ministers of the Organization of Turkic States,  the 1st Teacher Exchange [...]