Minister of National Education Ziya Selçuk attended the promotion ceremony of the 114 EBA new support and online connection service points. Noting that Education Information Network (EBA) support points were opened in 114 schools in 16 cities of the country, Minister Selçuk stated that there are a total of 2 thousand and 59 computers at student centers for 15 to 20 children at each of these points.
﻿ 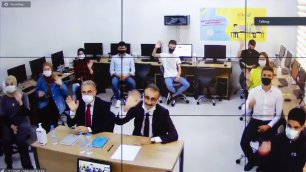 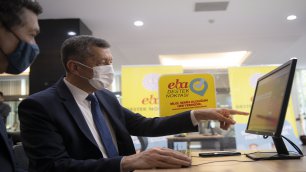 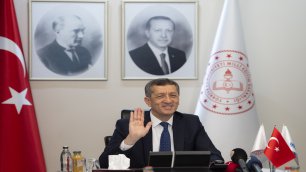 Minister of National Education Ziya Selçuk attended the promotion ceremony of the 114 EBA new support and online connection service points opened with the support of United Nations High Commissioner for Refugees (UNHCR) Turkey Office.
Stressing that his Ministry adopted a justice based approach in offering fair and equal education rights, Selçuk stated that there are more than 20 thousand EBA support points in the entire country.
Selçuk stressed that all children in Turkey have the right to benefit from the nearest EBA support point for free and Turkey is among the countries which conducted the largest number of live lectures from 3 television channels during the Covid-19 pandemic.
Noting that EBA support points were founded in 114 schools with the support of UNHCR, Selçuk went on to say: "EBA support points were founded in Afyonkarahisar, Ankara, Bursa, Çorum, Erzurum, Gaziantep, Hatay, İstanbul, Kahramanmaraş, Kayseri, Kilis, Konya, Mersin, Samsun, Şanlıurfa and Trabzon. There are centers for 15 to 20 students in every point. In addition to teacher support and desktop computers, there are laptop computers for teachers. Our students need more support. We distributed nearly 1 million tablet computers with 25 GB internet packages to students and we want to distribute more tablets. This is not a part of the temporary measures against the pandemic; it is a part of a long term goal and an important item of our vision."
EBA Support Points will be open during the summer and will be used as information labs after the end of the pandemic.
UNHCR Turkey Representative Philippe Leclerc was also present at the opening.
Following the opening ceremony, Minister Selçuk gave information about the EBA support points to Leclerc.

Minister of National Education Mahmut Özer stated that the education system should be normalized for the normalization of Turkey during [...]

Minister of National Education Mahmut Özer stated that the Ministry is giving free supplementary reference books for all grades and at all [...]

"1000 Schools in Vocational Education Project" with a 1 billion lira budget which was initiated a year ago with the purpose of decreasing [...]